Carrying on from last week we continued with pencil sketches.  We used marks on strips of scrap paper to measure proportions on the original image, and then transferred them to construction marks on our canvas.

To force us to look properly and consider proportions Will suggested we turn the picture upside down before copying it.  This definitely helped confound assumptions, but when I turned it the right way up again and my brain could parse the scene I could then see mistakes that I hadn’t noticed before.  Swings and roundabouts I supposed!

The second part was shading and Will showed us a technique of making a small hole in a bit of scrap paper and putting it over our original image.  That allowed us to compare levels of brightness across the image without being influenced by the contrast with neighbouring areas. 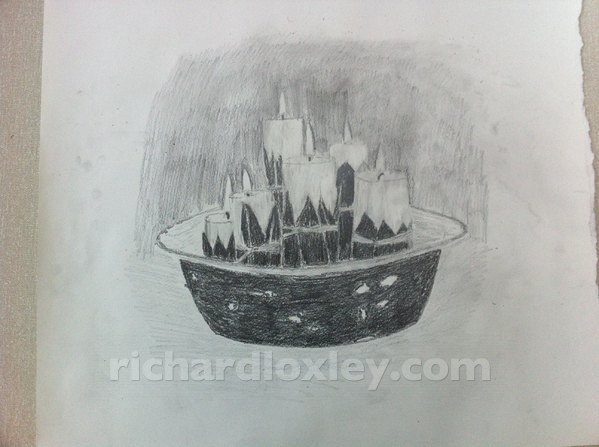 I’m not so happy with the result this week, the shading lacked contrast so it’s difficult to see the detail in the dark areas.  But it’s all a learning process.

Here’s the original I was working from: 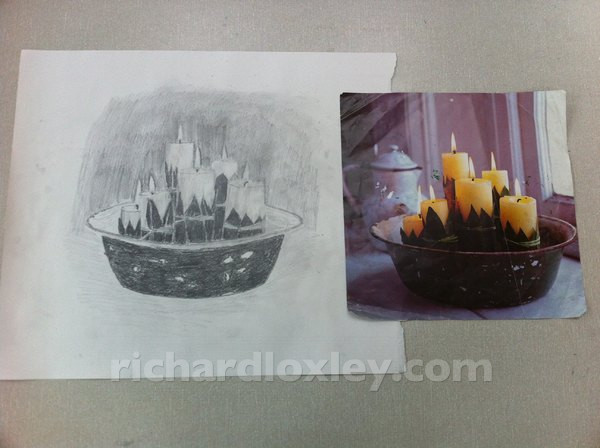