This is part of my series of posts about the RetroMatic 2000.

This work was originally done in March 2018, but I never got round to writing it up until now!

I needed to wire up the two floppy ports in the case to the Gotek USB floppy emulator.

One would be a standard socket, but the other was for use with the Amstrad CPC 464.  This had two issues:

First I cut extra slots in the female socket to match the key-ways on the Amstrad cable: 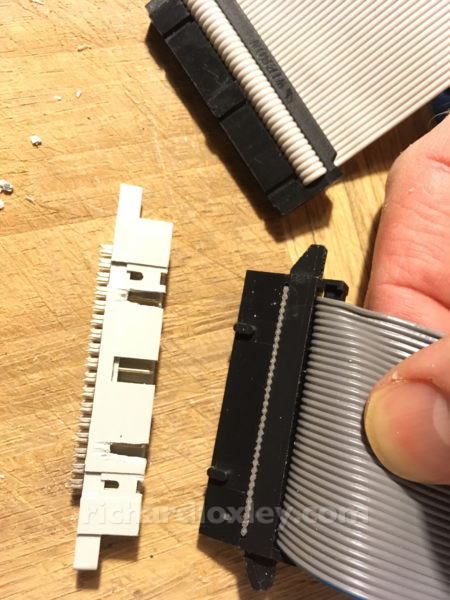 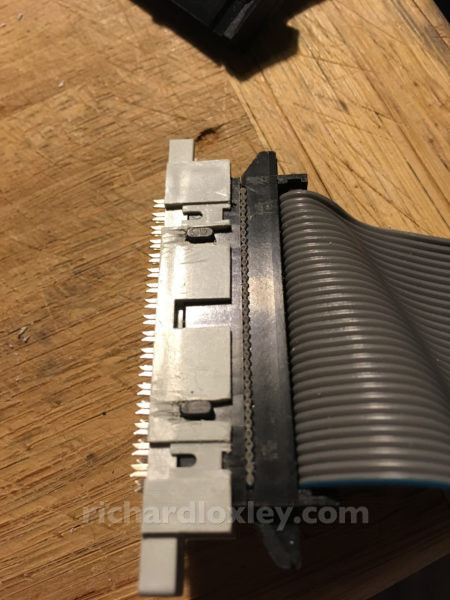 Next I coloured the socket red using a marker pen. This would warn me that this socket had 5v power and should not be used for a non-Amstrad computer as it could connect 5v to ground, leading to possibly serious damage! 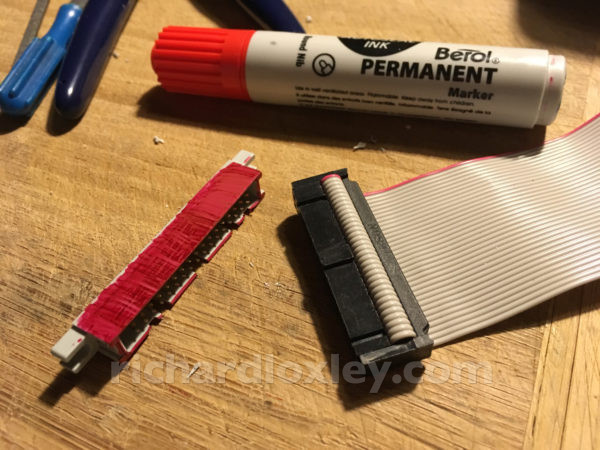 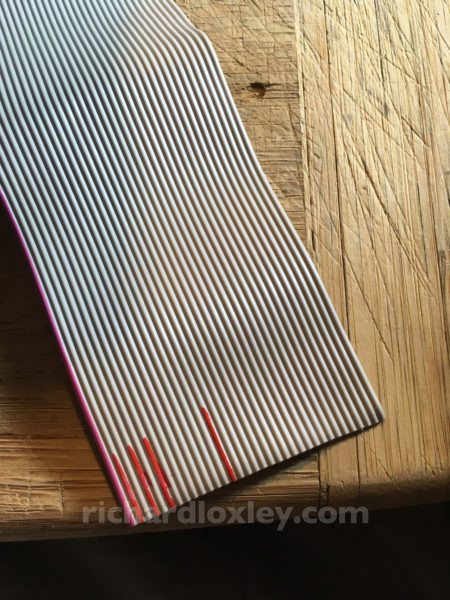 And cut those traces at the end of the cable: 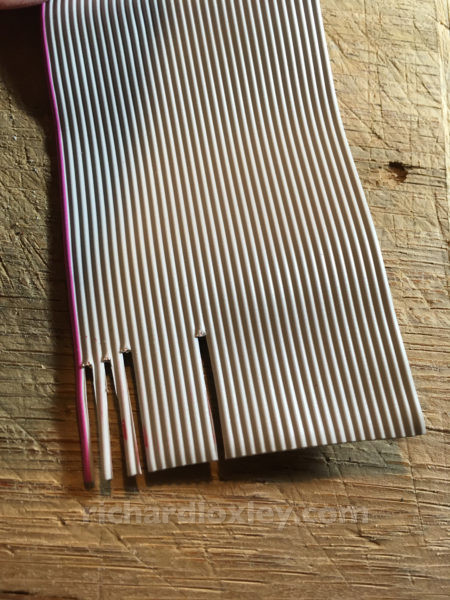 I inserted a regular floppy socket half-way down the cable.  I don’t have a dedicated crimp tool so I used a vice to squeeze the two halves of the socket together onto the cable: 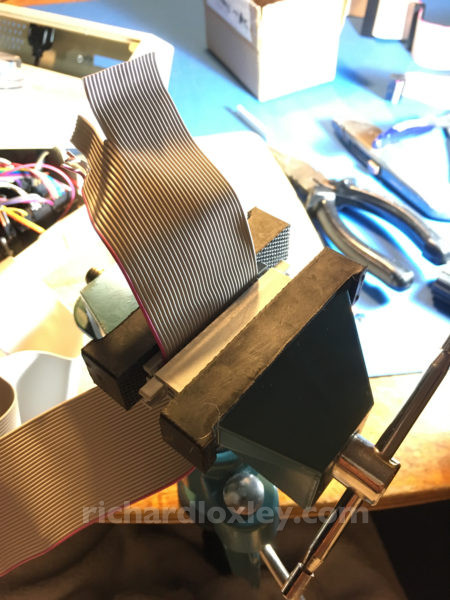 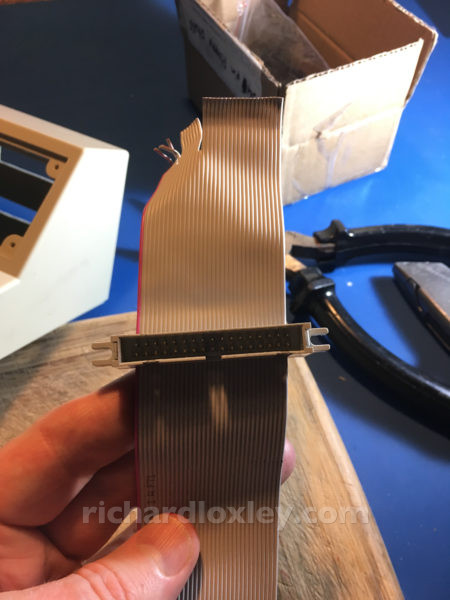 Next I connect the Amstrad socket at the end of the cable.  I was going to thread a Dupont wire through the 5v connections, allowing me to put 5v onto those pins: 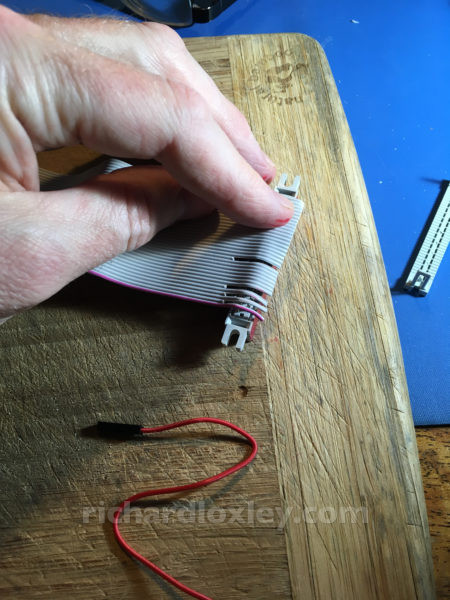 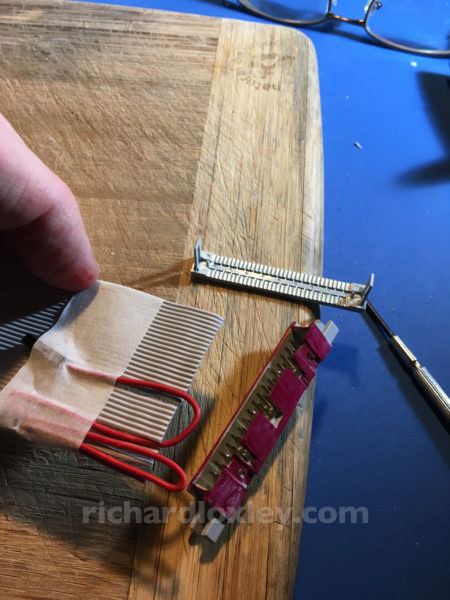 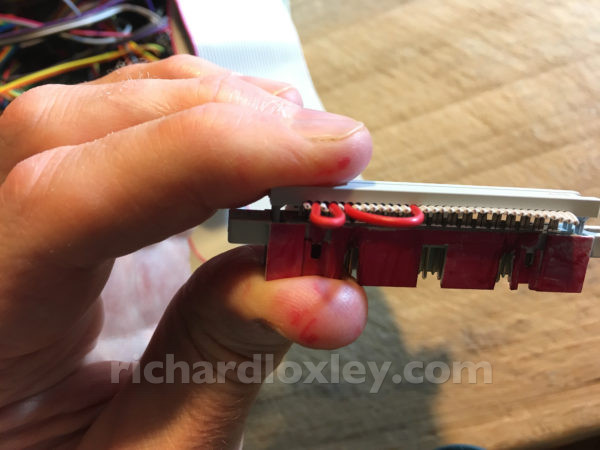 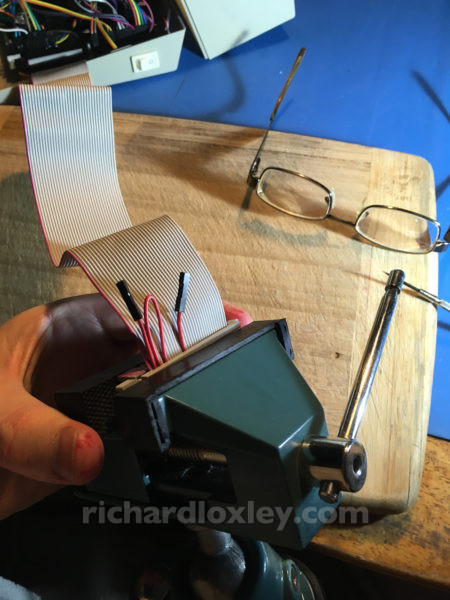 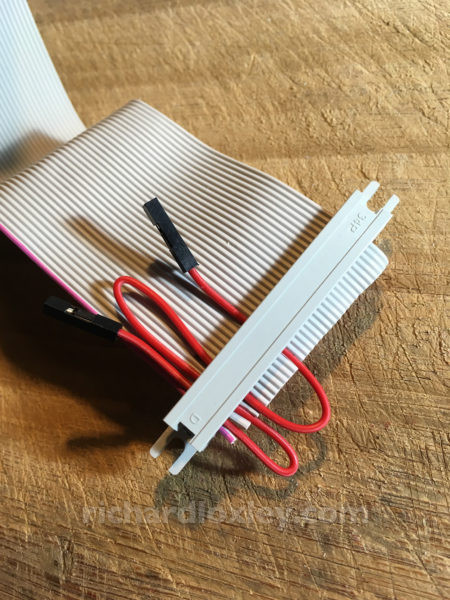 In fact it was very tricky, as the Dupont wires were slightly fatter than the ribbon cable wires, and the crimp kept failing.  It worked on about the third try.  You can see here I’m now using a different coloured Dupont cable, and I’ve folded over the end of the cable with my previous failed attempts! 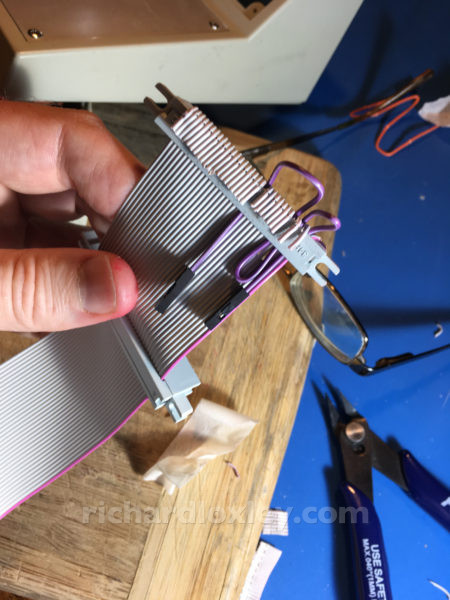 Now I can mount both connectors back in the case, and connect the 5v power to the Dupont cable.  I use both ends of the cable to allow more current into the connections: 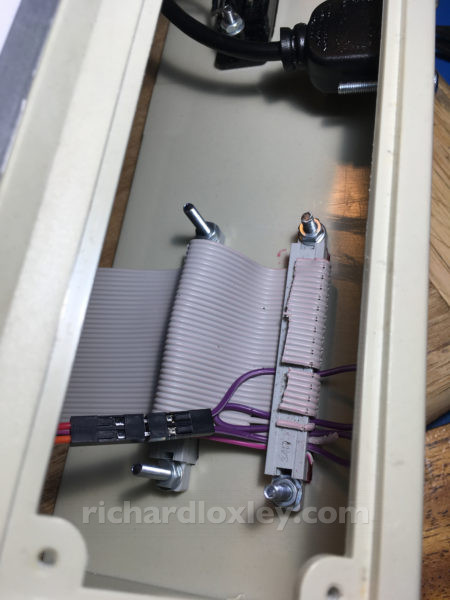 And here’s the finished article: 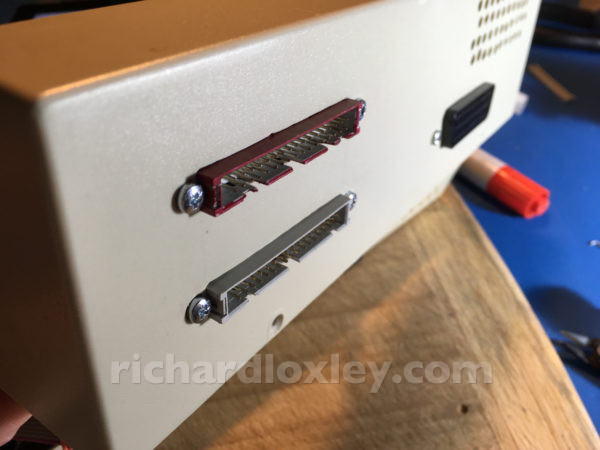