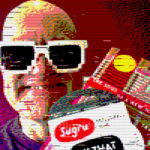 The Retro Challenge is a one-month long excuse to do cool stuff with old computers and blog about it (vaguely wrapped up as a competition).

Last year I created the RetroMatic 2000 as my entry.

This year I have more modest aims. I have acquired a number of additional vintage computers over the last year, and have been nursing them back into life. The one that has eluded me so far though, is the Osborne 1. 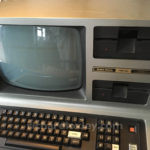 When I received it, I did some cursory testing. It would boot to the BASIC ROM (by holding down the Break key as you reset it).

But it wouldn’t boot from disk, either from the supplied TRS-80 boot disks, nor my Video Genie boot disks. It wasn’t immediately clear whether the fault was in the disks or the drive.

There was also some curious information about its identity.