As my RetroMatic project builds and takes shape, I’ve become conscious about how I’m going to be powering it.

I have an assortment of pre-existing boards with their own voltage regulators, plus a handful of extra components (currently on bread boards – eventually to be transferred to strip board).

So far I’m using a 1200w universal power supply set at 6v, and relying on harvesting a regulated 5v output from my Arduino board for prototyping each bit in isolation. 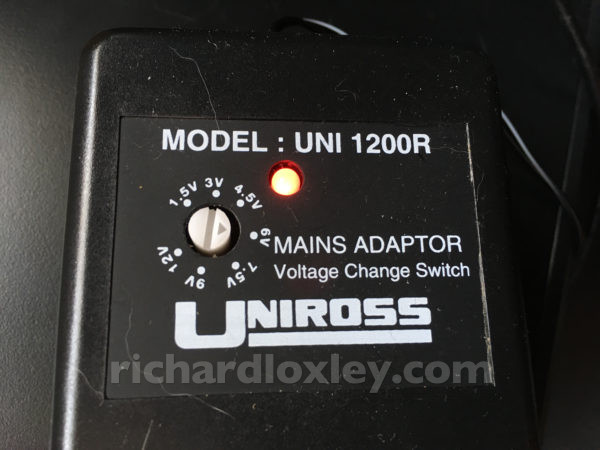 But as I put everything together, I’ll exceed the limits of its power supply, so I’m going to need to think carefully about what I power from where.

So time for a power audit!

Boards with their own voltage regulators

Gotek USB floppy emulator
Input 4.7v – 5.5v (that’s the limits of the LCD which is powered directly off the input)
Typical current 200ma (including LCD display, typically 10ma)
Max current unknown (but it uses AMS1117-3.3 regulator which has max 1500ma – but I can’t believe it would use more than 500ma)

Based on this I think a 1000-1500ma supply would probably be sufficient.  But I have a 12v 2000ma supply lying around, so I think that should do nicely.  I don’t believe the kit could ever draw 4A as that’s five times what my multimeter says it’s drawing in my tests – it’s just that the on-board regulators have plenty of ‘headroom’ :-) 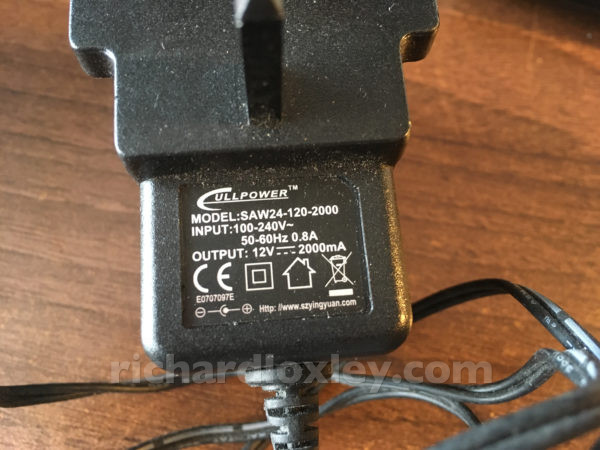 Since the HD9800 has its own regulator (actually a DC-DC step down power supply I think) and can (theoretically) be fairly high power, it makes sense to feed it directly from the power input, meaning I can use a lower power regulator for the rest of the circuits.

The Gotek floppy emulator needs something very close to 5v (due to the LCD display), so it makes sense to feed it a 5v regulated supply.

The Arduino uses a tiny amount of current, so it doesn’t really matter too much if I use its regulator or not.  But it will be built into the board which contains the regulator and all the other components, so I’ll just use whatever is easiest when I design the board routing.

So deducting the HD9800 from my above calculations, the sizing of the regulator is:

I started investigating voltage regulators and circuits.  Initially I looked at L7805 regulators, although I was a little worried about heat since I’m going down from 12v to 5v, at non-trivial currents.

Then I read about the alternative of using switching DC-DC power converters based on the LM2576 or similar.  That looked quite attractive.  I started looked at example circuits.

Then I found a board from Farnell containing the whole circuit for such a power convertor for £5.94.  Was it worth nearly £6 to avoid having to design and make my own circuit?  I wasn’t sure.

Finally I stumbled across this at Aliexpress: 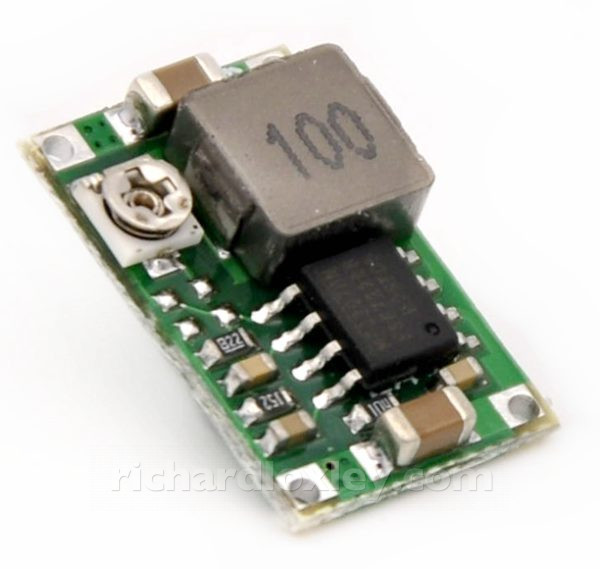